Create an Account - Increase your productivity, customize your experience, and engage in information you care about.

The Village regularly contacts the Chicago Department of Aviation regarding resident complaints of low flying airplanes and associated noise. Officials from the Chicago Department of Aviation have explained that shifts in wind patterns can contribute to the use of different runway configurations and that these alternate flight paths are more impactful to our community.

Specifically, a prevailing wind from the southeast normally results in aircraft landing into the wind on Midway runway 13C, and a prevailing wind from the northwest results in aircraft departing on Midway runway 31C. Both configurations place aircraft over La Grange Park (see flight map). It is important to note that these modified flight paths are a function of weather and are typically triggered in the spring. There have not been any permanent changes to flight patterns at Midway Airport.

The Village has contacted Congressman Mike Quigley to inquire if the Federal Aviation Administration (FAA) can utilize alternative paths to lessen the impact on La Grange Park residents. Because of La Grange Park’s proximity and the orientation of the runways at Midway Airport, options to change flight paths are limited. Read the FAA's full statement for more information. 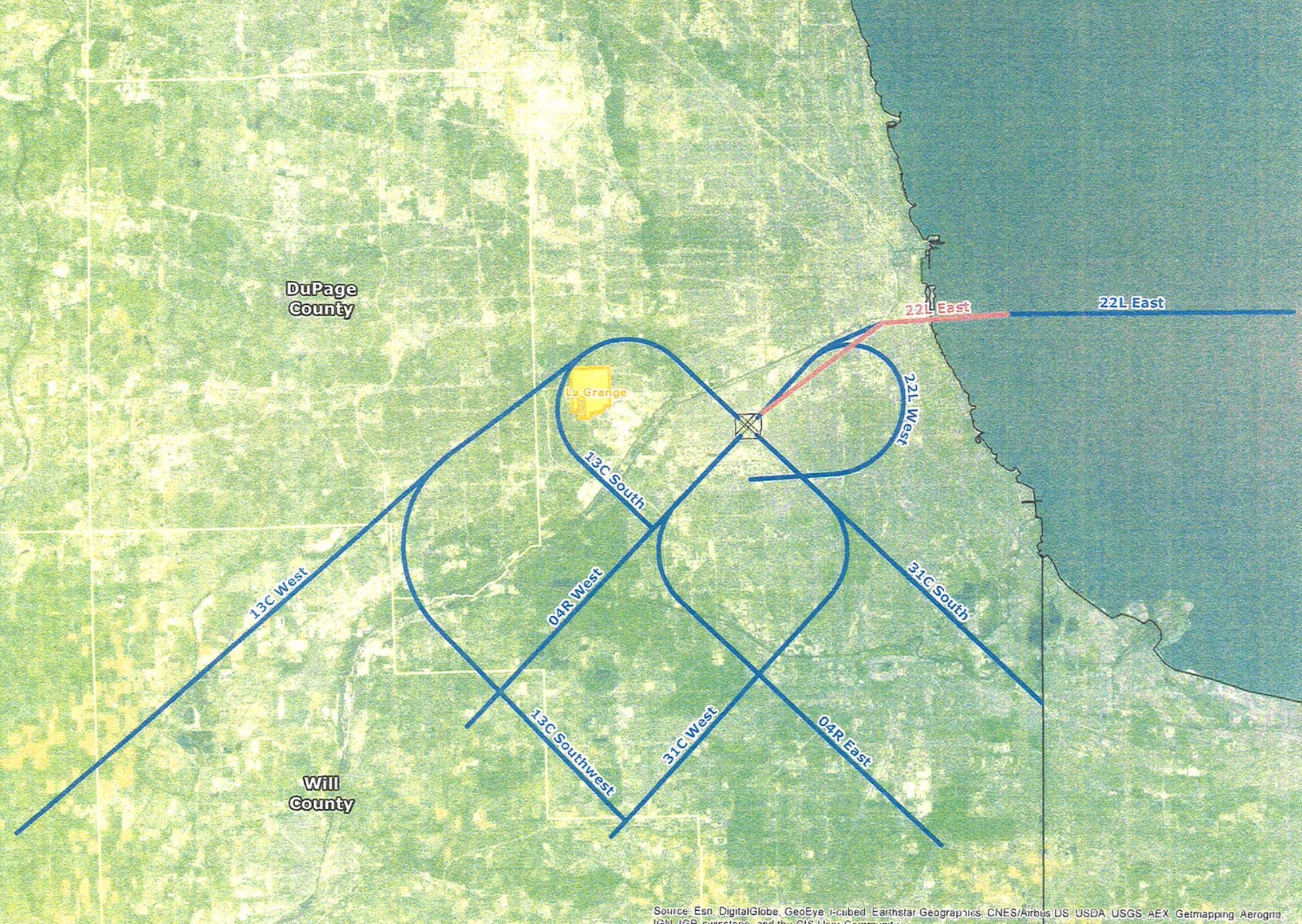